With temperatures peaking at just below 30 degrees the pigs and exhibitors at Driffield show certainly felt the heat in the show ring. Judge Peter Brier started judging the GOS breed classes at 9.30am and the following results were achieved. 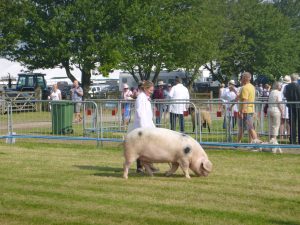 Burfords Countess at her first show walks casually around the ring 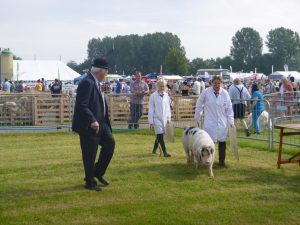 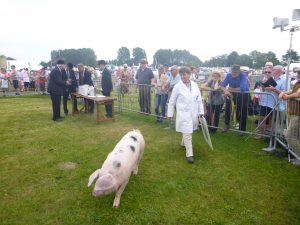 Tennyson Star does her own thing as Marlene follows