Congratulations to the Whitley’s and Marlene. 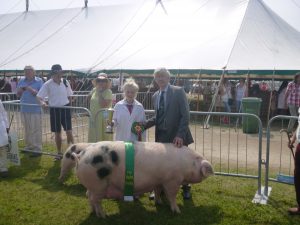