Champion of Champions day was one of sunshine with one very sharp shower at lunchtime. So on a glorious afternoon Guy Kiddy stepped in to preside over proceedings after the original judge had been called to judge elsewhere earlier during the season.

After much deliberation and thorough inspection. The Elwes cup was presented to an astonished Sarah Whitley to great cheers from around the ring. The young gilt Pebblesford Primrose 1094 of John Lightfoot’s shown by Grace Bretherton was awarded Reserve. 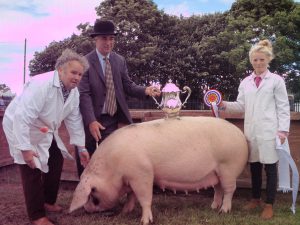 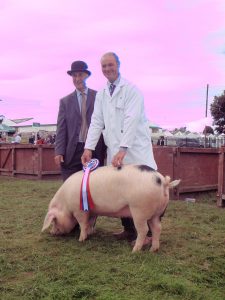 The Club would like to thank the GYS in particular ring stewards Ian Gilliat and Linda Gregory for their help in the smooth running of the event and commentator Barry Turner for explaining and extolling the virtues of the breed to the audience.